Derek Watkins is a founding partner of Watkins, Pawlick, Calati & Prifti, previously working along-side the same team at Sachs Waldman. He joined Sachs Waldman as an attorney in 2004 after working for that firm and the Maurice and Jane Sugar Law Center as a law clerk while in law school. His entire career has been dedicated to representing Taft-Hartley benefit funds and advocating for working people.

Derek’s practice focuses on the conscientious representation of Taft-Hartley benefit funds. He assists clients in all matters, including, but not limited to, plan design, fiduciary and regulatory compliance, benefit claims and other individual participant matters, negotiating service provider contracts and reviewing government filings. Derek takes a lead role in developing the firm’s strategies for negotiating all investment contracts. He also provides significant guidance in general fiduciary compliance activities and defending government investigations. He has successfully assisted fund clients with handling Department of Labor and Internal Revenue Service investigations.

Before completing his formal education, Derek served four years in the United States Marine Corps as an Intelligence Specialist, where he earned the Navy Achievement Medal while deployed to Africa and earned the rank of Sergeant before being honorably discharged. He then returned home from his travels and graduated from Oakland University in 2000, receiving a bachelor of science, with Departmental Honors. In 2004 he received his Juris Doctor (cum laude) from Wayne State University Law School, where he served as symposium director for the Journal of Law in Society, was an officer of the Wayne State Labor Law Association and won the Ralph M. Freeman Foundation Scholarship, the Ernest and Freda Goodman Scholarship, a Haywood Burns Fellowship and two successive Equal Justice America Legal Services Fellowships. 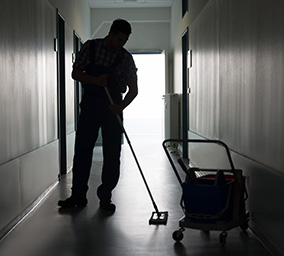 In regards to Covid-19,  We are reviewing the best guidelines for our city and state for how

we should conduct business and plan to update this message as soon as we can.

Please call our office(s) to get learn how we are engaging with current clients and new at this time.